Why is a rushed or bad code the wrong option?

Why is a rushed or bad code the wrong option? 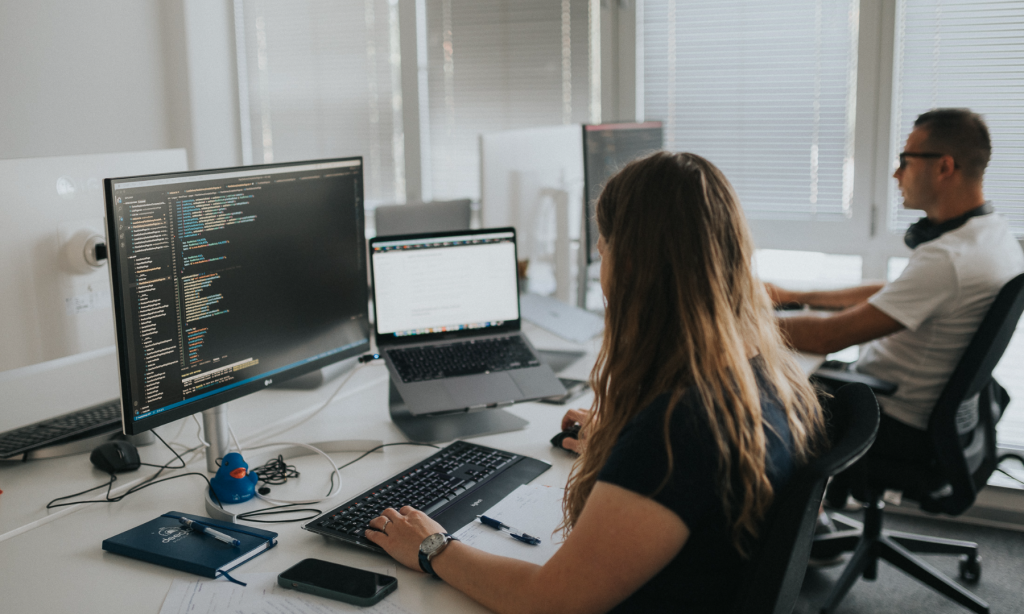 The thing with software development is that you’re always on a schedule. Any development project has a time frame, and it’s expected of it to be finished on time. But project estimates vary and each new change will affect time spent on development. In an ideal world, developers have the time and peace to write their codes according to best practices.

But, as we all know, there is no such thing as a perfect world or scenario.
Developers can start from a good starting point. Everything can be prepared and done to ensure a perfect coding experience. But the thing with projects is that they are unpredictable. As nothing is static, even the smallest of changes can derail the schedule. And what do most do when something unexpected happens? They rush.

What is rushed or bad code?

Rushed or bad code is done when programmers or developers try to do things faster without thinking too much about what will happen in the future or if their code becomes legacy code. This kind of code is done when certain steps in development are omitted or functionalities of the software are cut just to fit in the new time frame. Software developers often find themselves in a position, where they are pressured by project managers and other parties, to finish their work as soon as possible.

The issue of rushed or bad code might not arise immediately, but the errors and complexity will resurface in the future. What you do today might come knocking later. It might not greet you, but it will certainly fall into the lap of another developer.

What’s the root cause of rushed or bad code?

A change in the time frame

Often developers face a change in the time frame. Even when you start a project with a set timeline, it can get derailed by new specifications, requirements, unexpected issues, and other setbacks. This means that developers can find themselves under pressure to code faster and skip certain steps. Management can pressurize them to perform their tasks in a limited time; in that case, programmers will rush through it and not notice how they code. What happens is that when you rush, you don’t think too much about the future or legacy code. If it works now, why fix it?!

Companies that have a need for software or app, want to stay within the limits of their budget, no matter the scope of the project. Even when they change requirements, they can force the same budget on the development team. Also, sometimes project owners try to cut costs by removing certain aspects of the software or skipping steps. By doing this, only a little time is spent on creating good code, but rather on accomplishing results and ensuring that it works.

Companies or project owners should be wary of development teams that promise to deliver software at a lower cost and below time constraints. If it seems too good to be true, it probably is. You might get some results quicker, but in the long run, you might face some issues with the code which can bring on additional costs when you need to fix it. Cutting costs can also produce poor quality which, in turn, minimizes the value of software.

There are certain rules or just good practices to go by when writing your code. But some developers just want to get the job done as soon as possible. They focus more on closing tasks and tickets than on reviewing and testing their it. Status reporting, pull reviews, testing, and documenting are some of the things they try to avoid to get to the finish line. Following coding standards and practices will pay off in the long run. If not for other developers and software users, but for the original programmer. Developers should care about their team and provide the best end product for the client.

Nobody wants to mess with a good thing, even when it wasn’t executed well. If the code is performing its function but it’s badly written, nobody will want to touch it in case they brake something else. In that case, developers write more code, add another layer, and duplicate or copy-paste an existing open-source code. It’s far easier now to add more, but it’s just expanding the code in a new way of creating more bad code. Developers try to minimize the effects of previously published bad code by avoiding touching it out of fear of influencing other parts of the working code.

If your developer is new to a certain tech stack or work, you shouldn’t let him write the code on his own and release it. Provide mentorship and structured guidance in executing tasks. This is where review and reporting play a major part. If there is not enough technical knowledge, it can result in a rigid bad code. Later on, it can be harder to navigate, understand, and maintain the code if the initial setup lacks skills and key understandings of good software development practices.

One important aspect is also understanding the business and domain. Without having project knowledge, it’s hard for developers to understand what will it all look like in the end and what is the purpose of that software. What should also be mentioned is the consistent need to focus on wrong metrics like tasks closed. The quality of a developer is not in his speed, but rather in his ability to deliver quality code.

How to prevent your code from sucking?

Consistency and clarity are key

When writing code, one should be consistent in its structure and approach. Don’t switch from one way of coding to another. Stay clear about it. You don’t want to overcomplicate it so no one else would be able to understand it. Developers should keep to one style of coding and stick to that. They shouldn’t switch from one approach to the other.

Keep up with changes in the framework, language, or library you’re using

With rapid and continuous changes in frameworks, languages, or libraries, developers should keep track of new and improved approaches to doing something in certain technologies. By staying in the loop, you influence the progress of your skills and thus become better at coding. Constant learning and being an active member of the community prevent you from falling behind.

Keep track of what you are doing. Comment where you can, but be careful. Writing comments on codes should be well thought out. Not everything needs to be explained. Focus on the why and not how was something done. That should be clear from the code. But, concise comments can help others understand the point of your code which later on helps in reviews and testing. By providing well-written documentation, developers that come later in the project can easily understand the process behind it and keep working on it without too much fuss.

Review and test your code. Deploying your code without testing and reviewing is a recipe for a disaster. It’s basically a no-brainer that you have to check your code and if it works. Giving others the opportunity to review your code means that they can determine if it’s understandable if it works, and if it’s written by coding standards. If everyone deems the code good then it will probably be fine in the future if other developers come on board the project.

Sometimes, developers try fixing their code by adding more. Instead of rewriting or reviewing old code, they write more lines on top of the existing ones. Even though it might seem like a quick and easy fix, in the long run, it will come to collect its debt. By expanding your code, you’re making it more complicated and others will have difficulties reading it. It might make sense to you, but the same doesn’t apply to others. Keep it simple and functional. More code doesn’t always mean a better product. Fewer lines of code are better for digital products that last.

It’s no mystery why a rushed or bad code is not good for business. At first, it might seem like a great quick fix, but later on, it will come back to collect its debt. So, the advice to any developer is to try to see the big picture. Think a couple of steps ahead and foresee the future. Your legacy will meet another coder, and in that case, you want to make sure that what you left behind is done up to the best standards.

PrevPreviousHow not to use reduce function
NextDomain knowledge – why do you need it in software development?Next